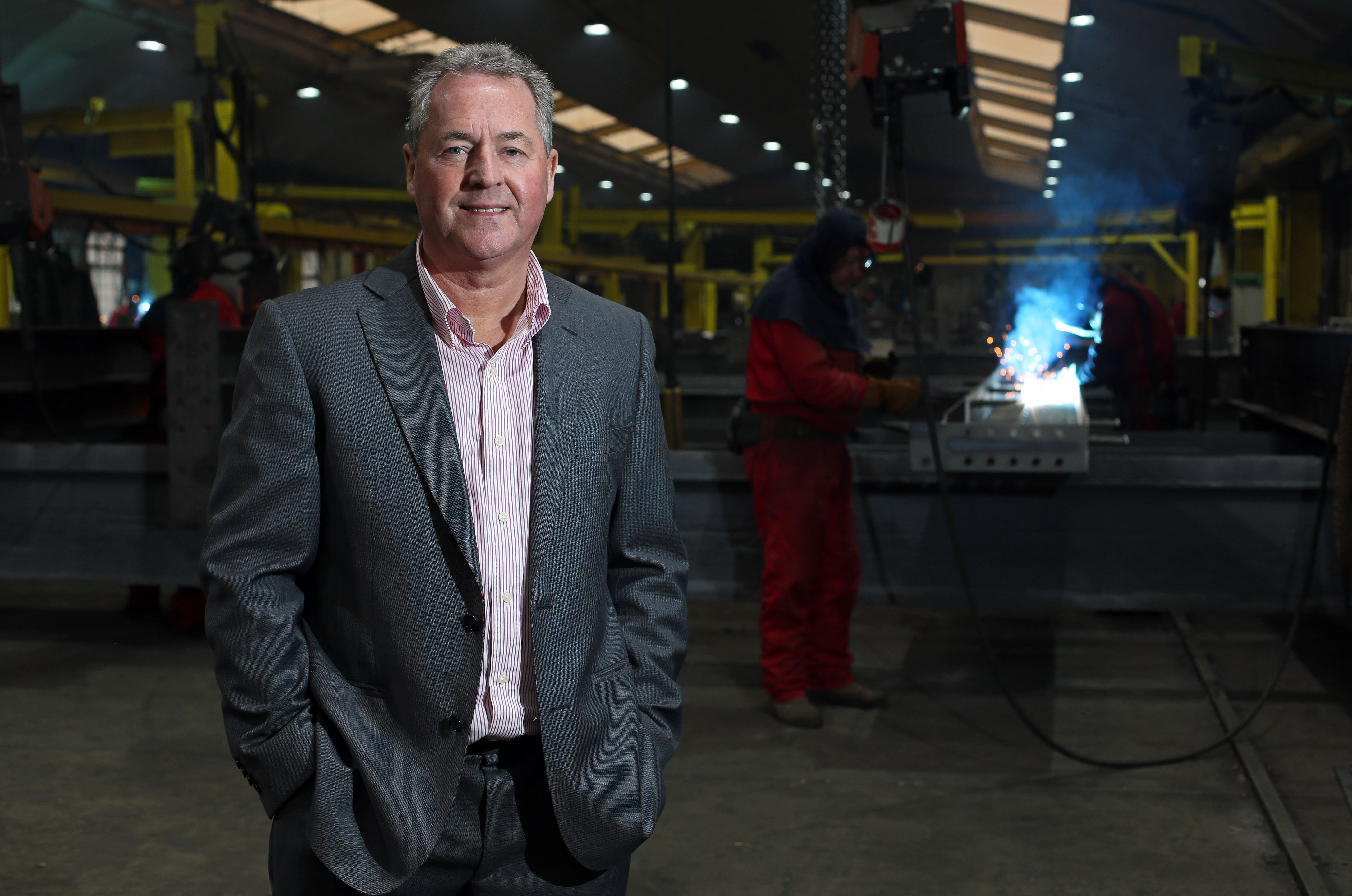 John Finley had already worked in construction for more than 20 years when he stumbled on an opportunity to buy a former British Steel site on Aycliffe Business Park.

Two years after forming Finley Structures, John was alerted to the Whinbank Road site going up for sale, and after some stubborn perseverance with its then owners, he eventually negotiated a deal to acquire the what was a 5-acres site.

“I pulled in to the car park and immediately saw Finley Structures new home.  The factory was abandoned – the windows were smashed, the electrics were all ruined, there were overgrown trees everywhere and even a skate park had been set up inside the factory,” recalls John.

“In just four months and further investment of £250,000 we were operational commencing fabrication late 2000.”

Finley Structures has since worked for nearly all of the UK’s main contractors in the construction business, including Sir Robert McAlpine, BAM, Tolent, Bowmer & Kirkland, Willmott Dixon and Galliford Try.

The firm has worked on projects the length and breadth of Britain, while also helping to construct some of the most high-profile buildings in the North-East, including Hitachi Rail Europe’s train assembling factory in Newton Aycliffe, Nissan’s car plant in Washington, The Lumen Building Newcastle, The Riverwalk Development in Durham City and Teesside University’s award-winning Curve building in Middlesbrough.