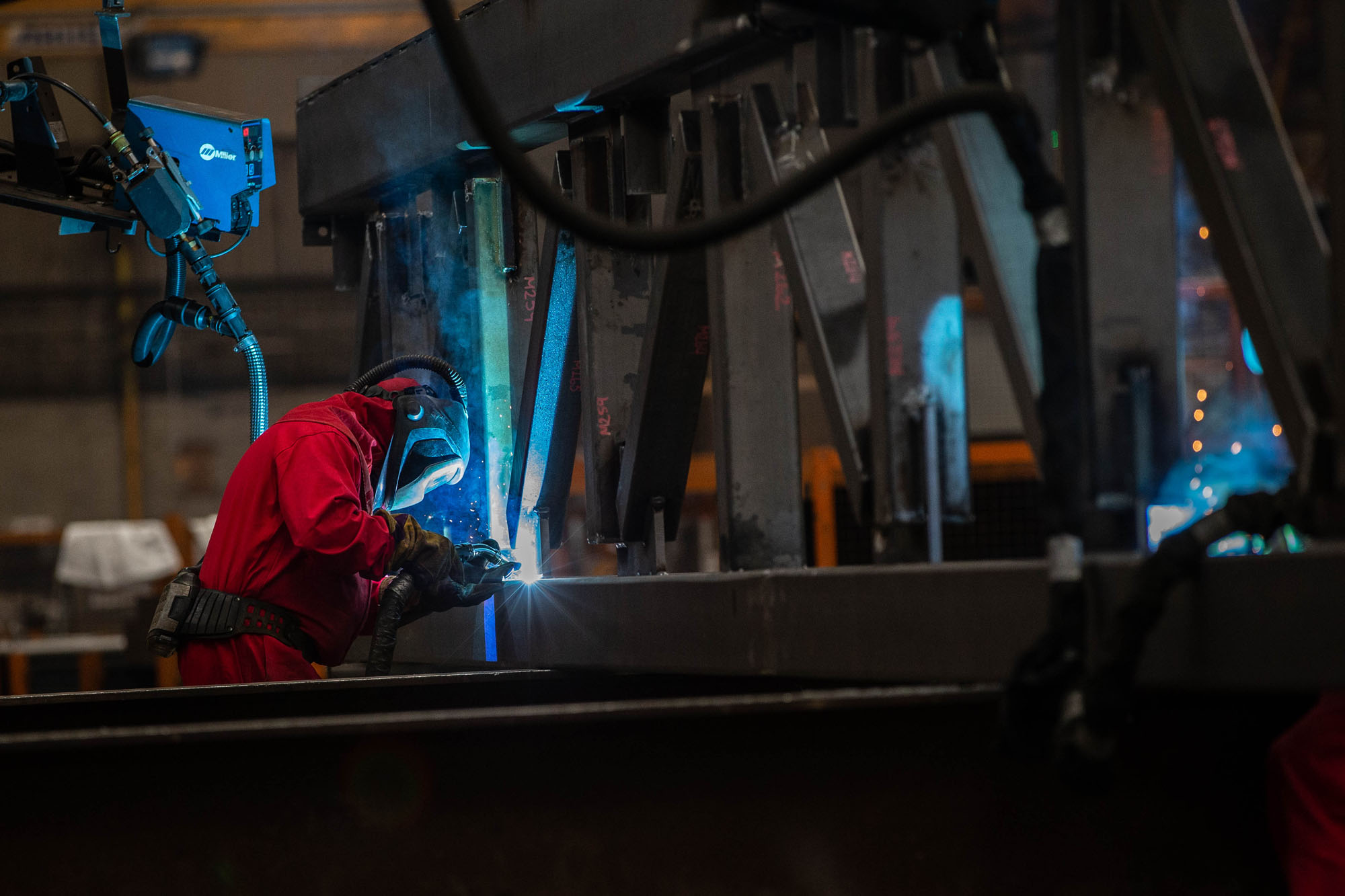 Finley Structures have been praised by major contractors after completing a 900-tonne project ahead of schedule.

Bradford’s first sixth form college, New College Bradford, is due to open in September and will offer a range of A-Level, Level 2 and Level 3 BTEC qualifications, with a strong focus on STEM subjects and progression on to higher education and employment.

BAM awarded Finley Structures a contract to supply and erect more than 900 tonnes of steelwork along with over 2,000 pre-cast concrete planks, a pre-cast concrete lift shaft and three pre-cast concrete stair cores on a restricted site to a very challenging programme as well as supplying and installing a steel staircase.

The contract represents the 90th education project Finley Structures has completed in the last 10 years.

Finley’s contracts manager Steve Walker said: “We lost time on the programme due to the British weather, heavy winds, and heavy snow but managed to actually finish nearly a week early, which was highly commended not only by BAM, but also the end user of the new building.”

BAM Construction’s construction manager David Thomas said: “I was extremely impressed with how Finley Structures tackled what was a very short design process.

“It was a challenging programme duration, some might even say impossible, but they not only delivered on programme, it was actually finished three days early, overcoming almost two weeks of heavy rain and wind.

“The quality of the work was also of the highest standard, and all safety requirements were met along the way, so Finley Structures excel in every department.”

Once BAM has completed the circa £20m college it will provide teaching and learning space for 1,200 16-19 year-old students when it reaches full capacity.

As well as the BAM project, Finley Structures is currently working on a project at Guiseley School for Galliford Try as well as a 550-tonne project at Clapham Harris Academy for Bowmer & Kirkland and a 330-tonne contract at Bishop Barrington School in Bishop Auckland for Kier Construction.

Finley is also working on Armthorpe Academy in Doncaster and Newman School in Carlisle, both for main contractor Galliford Try.