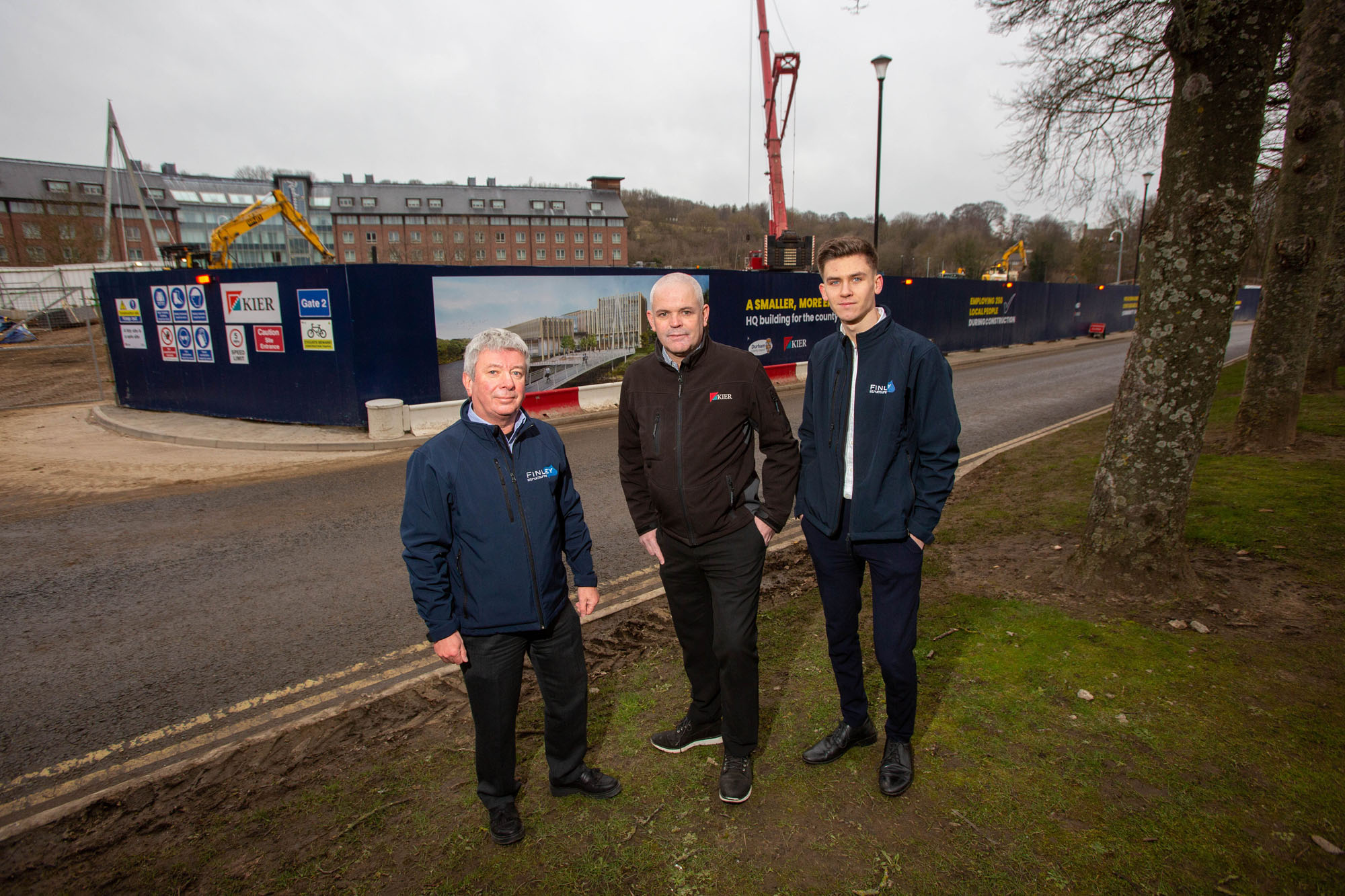 Finley Structures has won a contract to fabricate 12,000 metres of steel for Durham County Council’s new futuristic offices on the banks of the river Wear.

Work to build a smaller, more efficient headquarters for the region’s largest council began earlier this year, paving the way for a new multi-million-pound business district at Aykley Heads, creating up to 6,000 new jobs and delivering a £400m boost to the county.

Aykley Heads in Durham is already home to more than 30 businesses employing 1,300, people but in order for the site to realise its full potential, it is necessary for Durham County Council to relocate its headquarters from Aykley Heads.

The authority is, therefore, creating a new, more modern, base in the heart of the city centre, which will be less than a third of the size of the current County Hall.

As part of the construction approximately 250 new jobs have been created by main contractor Kier, which will be building the new headquarters.

It comes after the family-run steel specialists completed major works on the Riverwalk development in the city two years ago.

Finley managing director Julie Raistrick said: “After the completion of the Riverwalk development in 2018, it’s great to be back in Durham, working on another project which is on our doorstep.

“We work on projects across the country, but as a North-East firm, we love working on local projects, particularly in Durham – given that our founder, John Finley, was born just a few short miles away.

“We’re now helping to change the skyline of Durham for a generation, so we’re very proud to be leaving our footprint on the huge developments that are happening in the city.

“It is vital that local contractors are being given the opportunity to work on such an important local project, which will be Durham County Council’s new headquarters for decades to come.”

It isn’t the first time Finley Structures has worked with main contractor Kier, after the Aycliffe firm completed a 330-tonne project for them at Bishop Barrington School in the county earlier this year.

“We are dedicated to leaving lasting legacies in areas in which we build. Currently, 95% of our supply chain for this project is within a 40-mile radius and we have three apprentices learning all about a career within the built environment.”

The new building on the Sands car park in Durham City centre will not only mean a reduction in the local authority’s running costs, it will also enable staff to embrace modern ways of working and boost trade within the city centre.

The new headquarters will accommodate 1,000 staff from the current County Hall site with 700 workstations, whilst a further 850 staff will be relocated to one of four key council office sites being developed across the county, also providing a boost to the local economy.