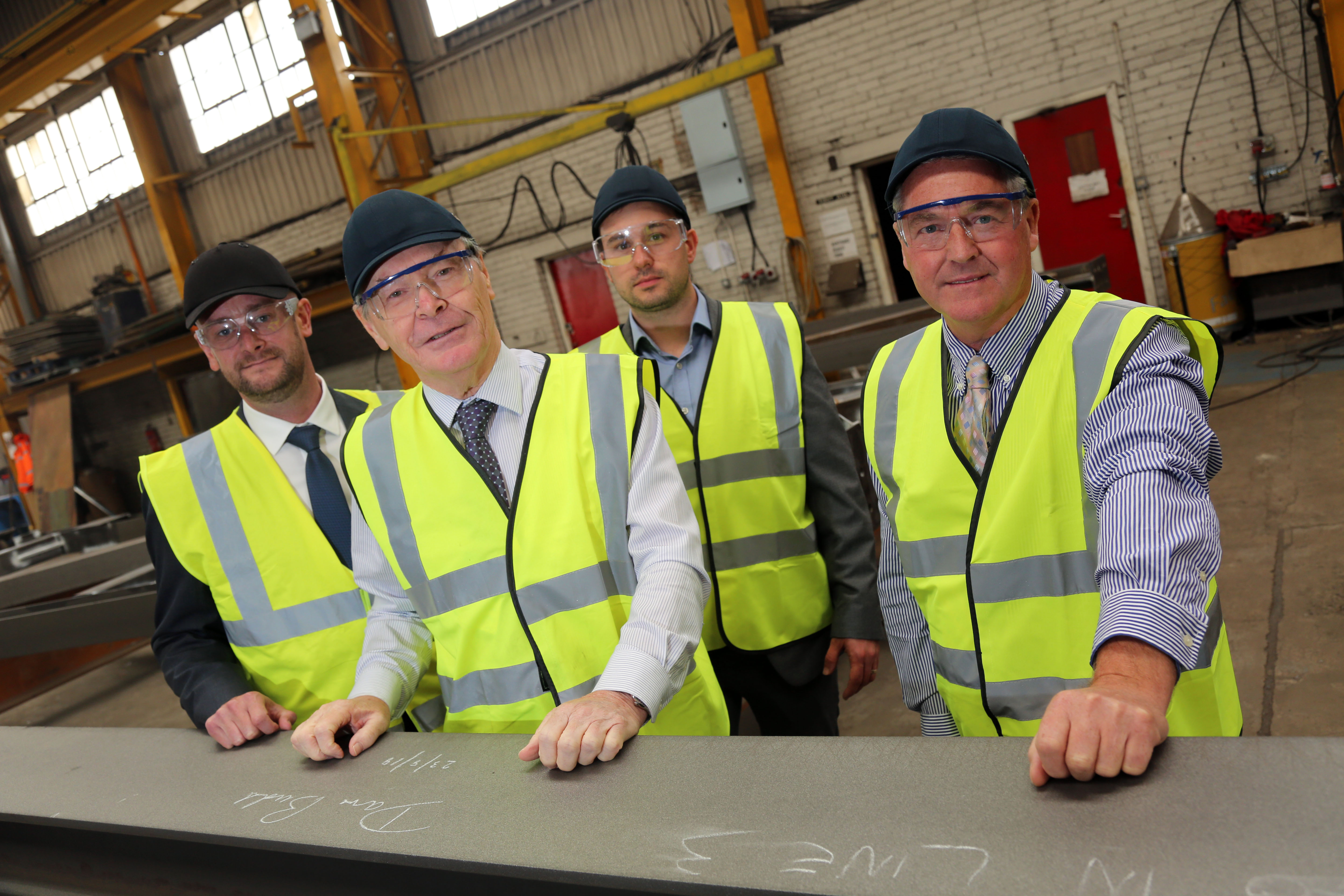 Middlesbrough mayor Dave Budd signed his name into a landmark project which signifies the start of its steel production.

The town’s elected mayor visited Finley Structures in Newton Aycliffe after the family-run construction firm won a contract to fabricate and erect the steel for the new Centre Square development in Middlesbrough.

The 210,000 sq ft scheme, which is being delivered by Ashall Projects, will create a 21st century business destination in the heart of Middlesbrough with Grade A offices.

The Aycliffe firm – which built the steel frame for Hitachi Rail Europe’s new facility in Aycliffe as well as factories for Nissan and Unipress in Washington and Nifco in Eaglescliffe – started fabricating 685 tonnes of steel this week, which will make up two structures (one 465 tonnes and the other 220 tonnes).

Finley Structures are expected to start erecting the steel from August 30 and are scheduled to finish in October – the whole Centre Square development is expected to take 14 months to complete.

Mayor Budd today signed and dated a large panel of its structure, which will be welded into the steel, and he said: “It’s not something I’ve done before!

“But it emphasises how important the new developments on Centre Square are, to Middlesbrough and the wider area, and it’s great having a local company do this as well.

“When I look outside my window every day I can see holes being dug in the ground, and very shortly the steel from here at Finley Structures will be going up, and at that point people will really start to think about what this will mean to the whole of Middlesbrough.

“It’s enormous because of the number of jobs it potentially brings with it, and that’s really what our Investment Prospectus is about.

“A lot of the projects are actually happening now and that tells a different sort of story, and maybe it raises ambitions that we can do these things.

“There’s a lot more optimism about and actual physical structures like this really emphasise that.”

Finley Structures, founded in 2000, is well-known for working on high-profile projects in the North-East – other notable projects have included Teesside University’s Curve building and Middlesbrough Council’s Sports Village – but the firm also works across the UK.

The company’s founder and managing director, John Finley, said: “It’s good to win local jobs, it keeps people employed and we use as many suppliers and contractors from around the North-East to work with us to build the contract.

“We’ve just completed the Gate development at Durham, we’ve won another contract with Unipress up at Washington and we have another couple of contracts coming up with Sir Robert McAlpine.

“So we’re very buoyant at the moment. We’re actually buying some new machinery and the contracts we have go well into January, so our order book is very strong.”