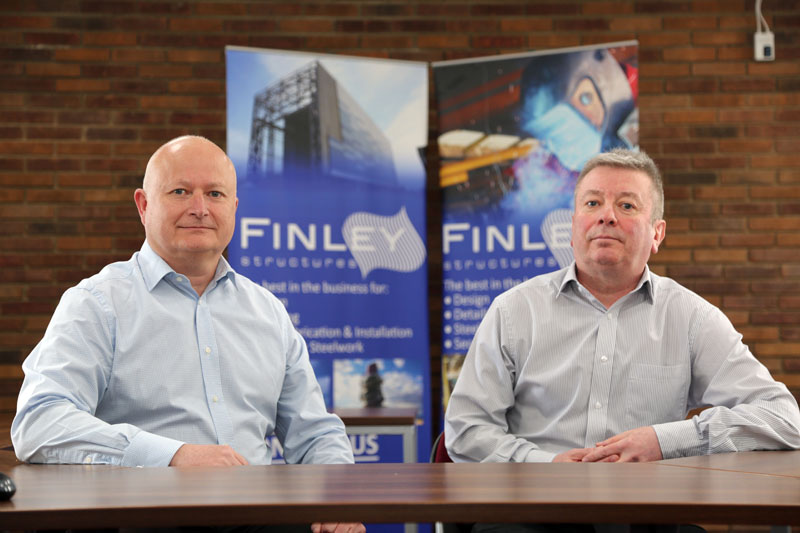 Finley Structures has recruited a new contracts manager from a major national firm.

Fred Searle has joined the Finley management team after 29 years with Thirsk-based Severfield.

Fred, from Harrogate, says the move was made easy because of his longstanding association with a number of key staff already at Finley Structures.

He knows the firm’s Managing Director and founder, John Finley, from his days as a Severfield director.

He also worked with Finley’s current Operations Manager Jim Graham and Commercial Director Diane Ruston during their time with the North Yorkshire-headquartered company.

Fred joined Finley from Severfield in October 2013 and Ruston followed him North in May 2014.

“There’s a 25-year history between me and some of the key personnel here at Finley Structures,” said Fred.

“What attracted me to join Finley’s was the working environment and the family-run ethos it has at the heart of the company.

“I’ve also been impressed by the work ethic of the people here. It’s a very forward-thinking business and I’m looking forward to the new challenge.”

Jim added: “Fred and I go way back and we’re delighted to have him on board as part of the management team.

“He’ll be an extremely useful addition to the workforce as we continue to grow.”