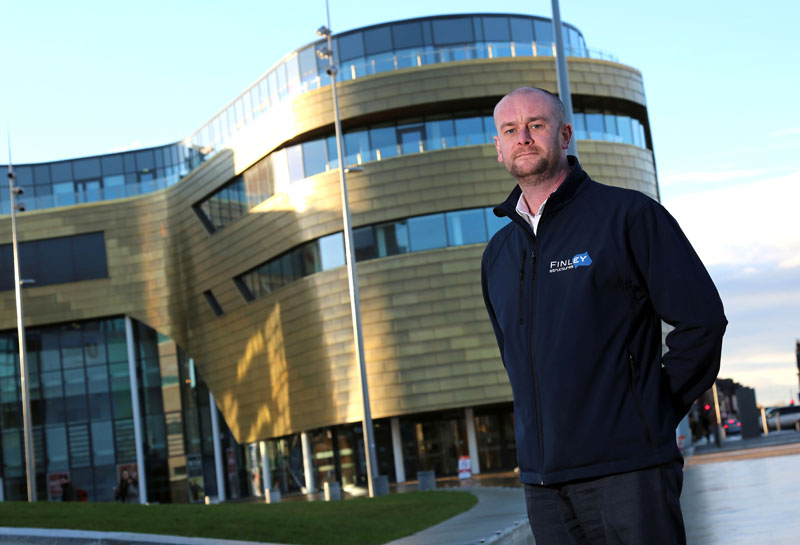 Family-run steel firm Finley Structures is hoping to benefit from what it says is a construction boom in the education sector.

The Newton Aycliffe-based fabrication specialists have won two more education contracts which come off the back of several projects in the sector over the last year.

The firm worked on a 337-tonne project for Bowmer and Kirkland, to fabricate and erect Krishna Avanti School in Edgware, London, in 2017.

The £20m Curve building, which opened in 2015, was rated ‘Excellent’ by the Building Research Establishment as part of its BREEAM (Building Research Establishment Environmental Assessment Method) standard, the world’s longest established method of assessing, rating, and certifying the sustainability of buildings, and also won three architecture awards at the 2016 Royal Institution of Chartered Surveyors (RICS) North East Awards.

Finley Structures has now won two new education contracts involving a total of nearly 1,000 tonnes of steel – a 625-tonne contract at Bannerdale School in Sheffield for Bam Construction which is now complete, and a 360-tonne project at the University of Hull for Henry Boot Construction.

Finley’s estimating manager Andrew Workman said: “We’ve completed several projects in the education sector over the last year and these two new contracts underline our reputation in the industry.

“We’re seeing a definite upward curve in education contracts at the moment, with particularly universities looking to expand.

“Newcastle, Durham, Teesside, Leeds, Lincoln, York, Warwick, Coventry, Birmingham and Bristol universities are all building, and we’re tendering for a lot of work in that sector at the moment, which is very promising.”

Finley is working for the first time with national contractor Henry Boot Construction, which has sites in Derbyshire and Manchester, on a new Sports Village at the University of Hull, involving 360 tonnes of steel.

“The education sector, in particular, has been a significant area of growth for us in recent months.

“Ironically, it was this sector which really kept us going through the recession post 2008-09,” added Workman.

Finley Structures last year completed the 550-tonne steelwork on the Riverwalk regeneration development in Durham city. The family firm, founded by John Finley in 2000, has over the years worked on a number of high-profile contracts, including Hitachi Rail’s new factory on Aycliffe Business Park, which opened in September 2015, Nissan’s new Leaf factory in Washington and a new factory for car parts maker Nifco in Eaglescliffe.